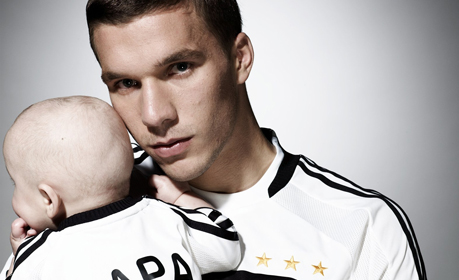 Lukas with his son Louis. The picture is from an interview that he gave on being such a young father. It was in German, but the gist of it was that he and Monika planned Louis, once he learned that she was pregnant, he couldn't wait for Louis to get here and the nine months took forever. Louis now rolls onto his back and tummy so he's afraid to leave him anywhere because he doesn't want him to fall. He also said that he hopes to add more names under Louis' on his wrist. He also mentioned that Louis has helped him a lot when it comes to not playing because things were always good at home, but now he's even more excited to get home. At the end he said he was there for the birth and he cut the umbilical chord, took pictures and cried. Being a Papa certainly suits him.

And the cover, which is also a nice picture: 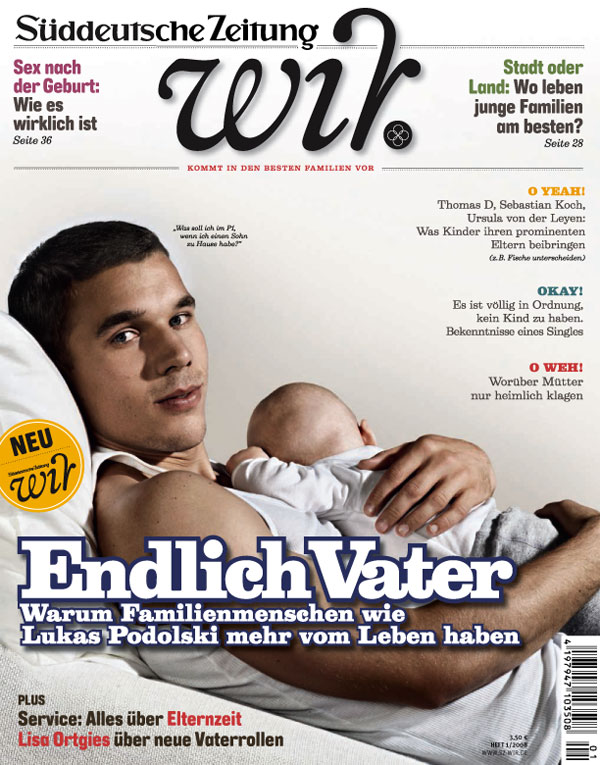