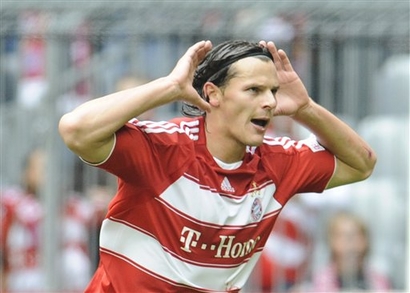 I'm going to completely skip over Mark not playing yet again and how angry this makes me. What kicked off as Daniel van Buyten being absolutely golden followed by Ze Roberto being absolutely brilliant quickly turned into a big mess. I know some of you don't agree with me and that's fine, but this is why van Buyten should not be sitting on the bench. Give him a couple games and he'll settle in and he's golden. I adore that big beautiful Belgian and I think that Bayern is only giving him half a chance to tap into a very minor portion of his potential. Given the opportunity, he could shine.

This is also what I was looking for in the chance to see how Massimo Oddo plays. The man has some serious talent. Today probably wasn't his best game, but I can definitely appreciate why everyone is such a fan of his. He plays some brilliant crosses and is pretty quick which is never a bad thing.

Rensing made one very good save, but two major mistakes, in my opinion, that resulted in two goals for Bochum. Really, Bayern should've won this game. 3-0 or 3-1. They shouldn't have left the arena with a draw. There weren't very many bright spots. I was very pleased with the way that van Buyten and Roberto played. Oddo did decent. I don't recall even seeing Demichelis. Lucio spent a lot of time falling on the pitch. Rensing I already spoke about. It wasn't Toni's day at all. No matter what he tried, it didn't work. Someone should've reminded Schweinsteiger that Bayern were wearing red today and not blue. When Klinsmann made his changes, things rapidly fell apart. The changes didn't work at all. And I like Ottl, but he's no van Bommel. Yes, I know that van Bommel and van Buyten are my favorites, but it doesn't make me so biased that I can't see when they make mistakes or when they are needed. van Bommel being consistently benched is a problem. 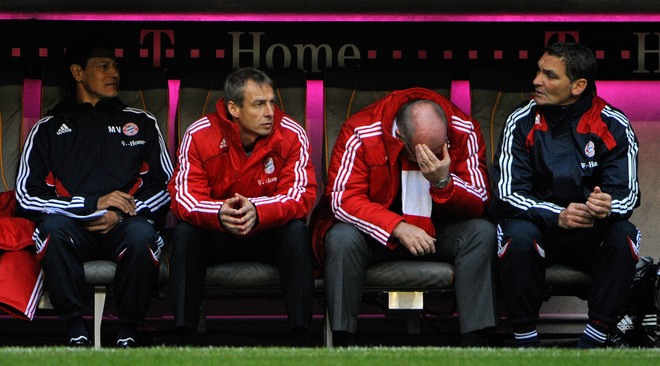 Can't say I feel any different.